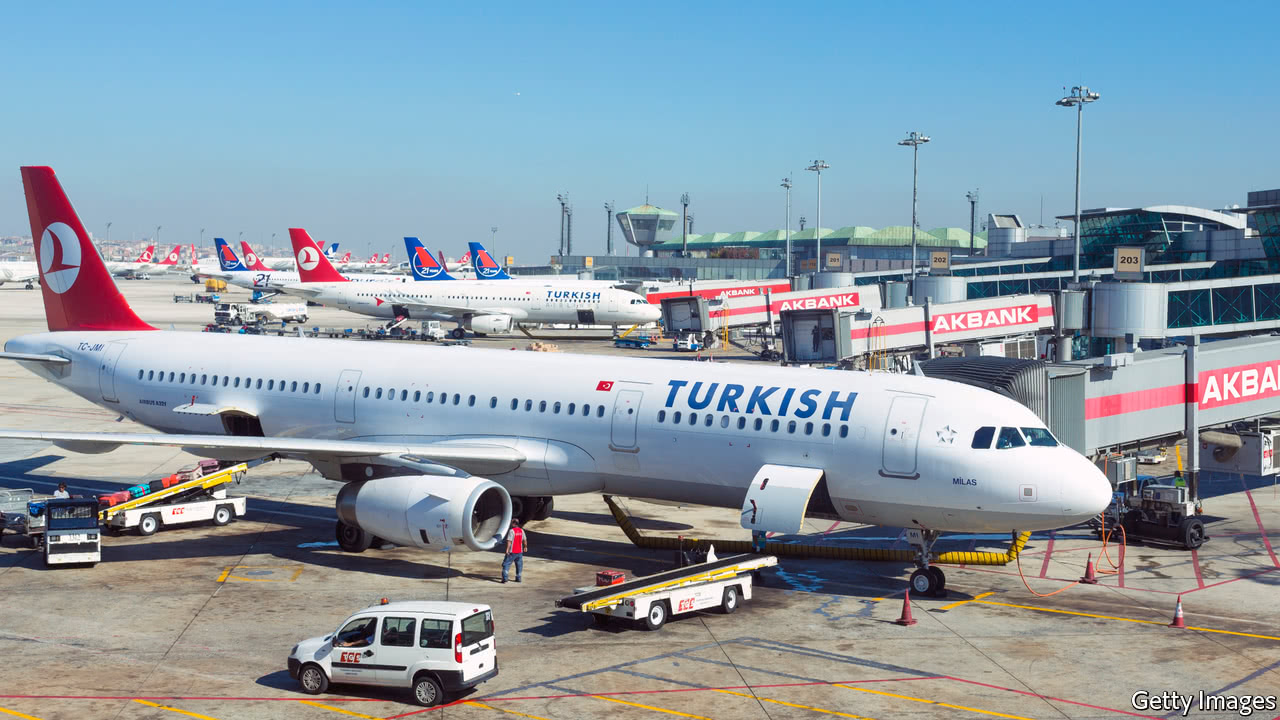 A LITTLE over a year ago, Gulliver gave a downbeat assessment of the prospects for Turkey’s aviation sector. Having enjoyed a decade of uninterrupted growth of more than 10% a year, Turkish Airlines, the country’s flag-carrier, was grounding aircraft and closing routes amid growing unrest at home and violence across its border with Syria. Concerns about regional security were also making life difficult in the United Arab Emirates (UAE) and Qatar, two other countries that have built aviation empires by connecting far-flung parts of the globe through their hub airports. Yet whereas the Gulf carriers remain in the doldrums, Turkish is gaining altitude again.

There had been just cause for concern about Turkey at the end of 2016. The year unleashed a failed military coup, a resultant purge of dissenters, and a wave of attacks mounted by Islamic State terrorists. When Istanbul’s Atatürk Airport was struck by bombers in June, even transit passengers started to…Continue reading