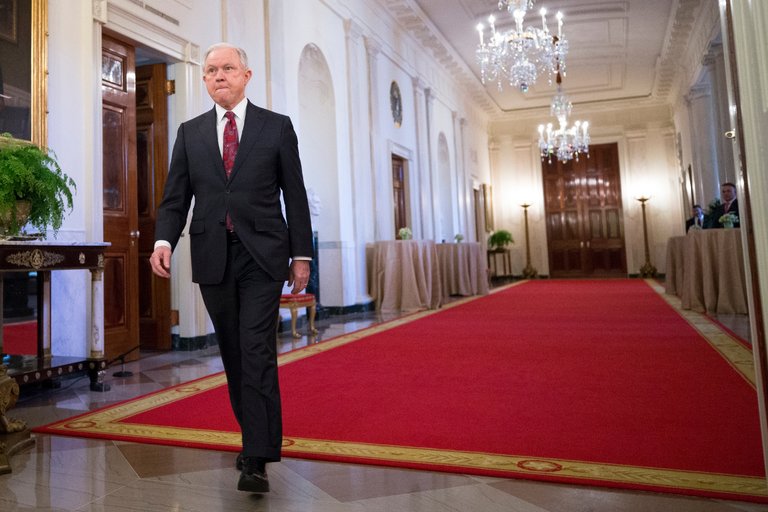 Attorney General Jeff Sessions in the White House this month.

WASHINGTON — President Trump criticized his own attorney general, Jeff Sessions, on Wednesday and called him “DISGRACEFUL” after Mr. Sessions indicated that the Justice Department’s watchdog would look into accusations of potential abuse of surveillance laws rather than the agency’s own lawyers.

The tweet was the latest example of Mr. Trump publicly scolding Mr. Sessions and wading into Justice Department investigations. Though previous presidents have allowed law enforcement a large degree of independence to keep from influencing their inquiries, Mr. Trump has consistently called for investigations into his political rivals.

Republicans have accused Justice Department and F.B.I. officials of abusing their powers by surveilling a former Trump campaign aide, Carter Page, in the investigation into Russia’s interference in the 2016 election and whether Moscow coordinated with Trump associates. Law enforcement officials were granted permission to spy on Mr. Page from the secretive court that issues warrants under the Foreign Intelligence Surveillance Act.

Mr. Sessions said on Tuesday that he referred those concerns to the department’s inspector general, who is charged with investigating possible agency abuses. But he stopped short of announcing that a fresh inquiry had begun.

Mr. Sessions has recused himself from the investigation of Russian meddling in the 2016 campaign.

“We believe the Department of Justice must adhere to the high standards in the FISA court,” Mr. Sessions said in response to a reporter’s question about the allegations made by Republicans. “I think that’s just the appropriate thing; the inspector general will take that as one of the matters he’ll deal with.”

The Republican accusations were laid out in a memo by House Intelligence Committee staffers that was rebutted by the panel’s Democrats.