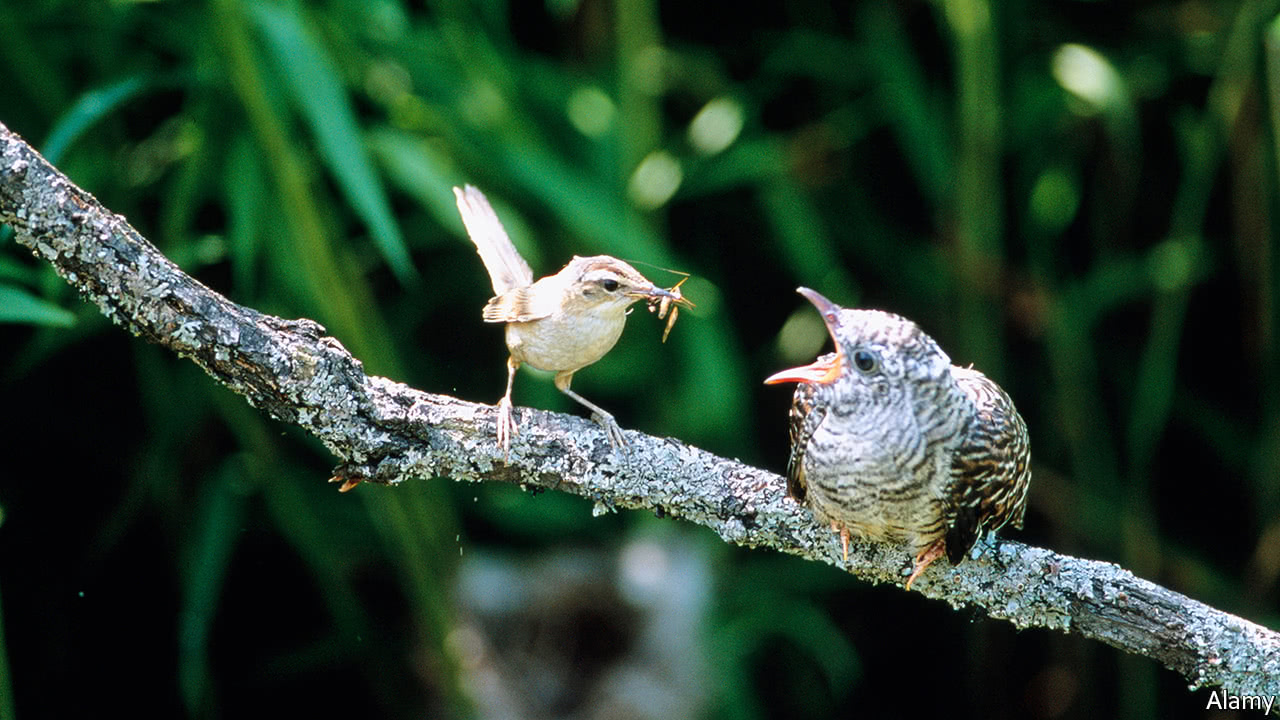 THE exhausting chore of raising young is one a few birds manage to avoid. By laying their eggs in the nests of others, they dupe those others into feeding their nestlings. Such brood parasitism has arisen independently at least three times, in the groups known as cuckoos, cowbirds and honeyguides. That gives biologists a tool with which to explore the phenomenon of convergent evolution, in which unrelated lines with similar ways of life evolve similar adaptations that help them to thrive.

One feature shared by cuckoos, cowbirds and honeyguides is that the shells of their eggs are all thicker than those of the birds they parasitise—sometimes by as much as 30%. This looks like a classic case of convergent evolution, but no one has been able to prove the point by demonstrating a benefit derived from it that is connected directly with brood parasitism. Liang Wei, of Hainan Normal University, in China, thinks he has now done so. His work, just published in the Science of Nature,…Continue reading