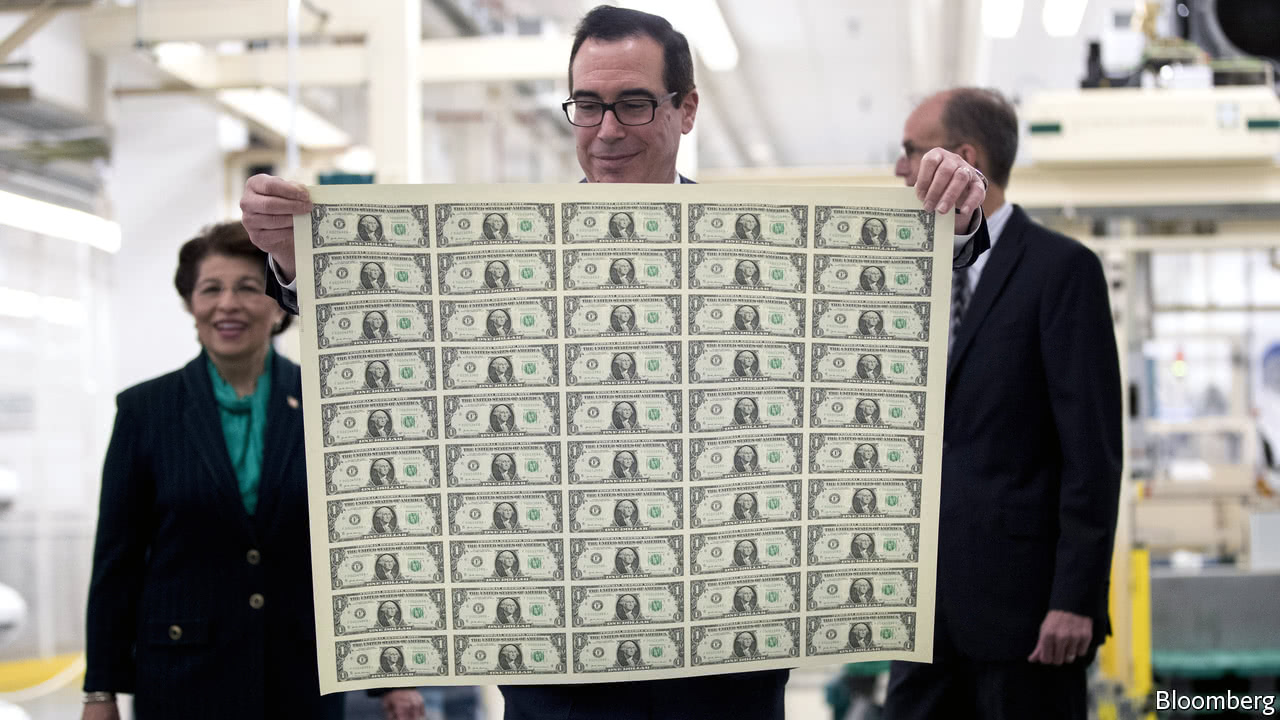 AT THE start of 2017, just before Donald Trump was inaugurated as president, a survey of fund managers by Bank of America Merrill Lynch (BAML) found they believed that being positive on the dollar was “the most crowded trade”. It turned out they were right to be cautious. On a trade-weighted basis, the currency has fallen by 9% against other major currencies in the past year.

It is not clear what the Trump administration thinks about this. At the recent World Economic Forum in Davos, Steven Mnuchin, the treasury secretary, said: “Obviously a weak dollar is good for us as it relates to trade and opportunities.” Although the rest of his statement was more nuanced, it is unusual for anyone in his position to depart from a “strong dollar” line. The greenback duly fell in price.

Mr Trump then followed up with a statement in favour of a strong dollar in the long term, which caused a rebound. Since it was only last April that he referred to the dollar as being “too…Continue reading