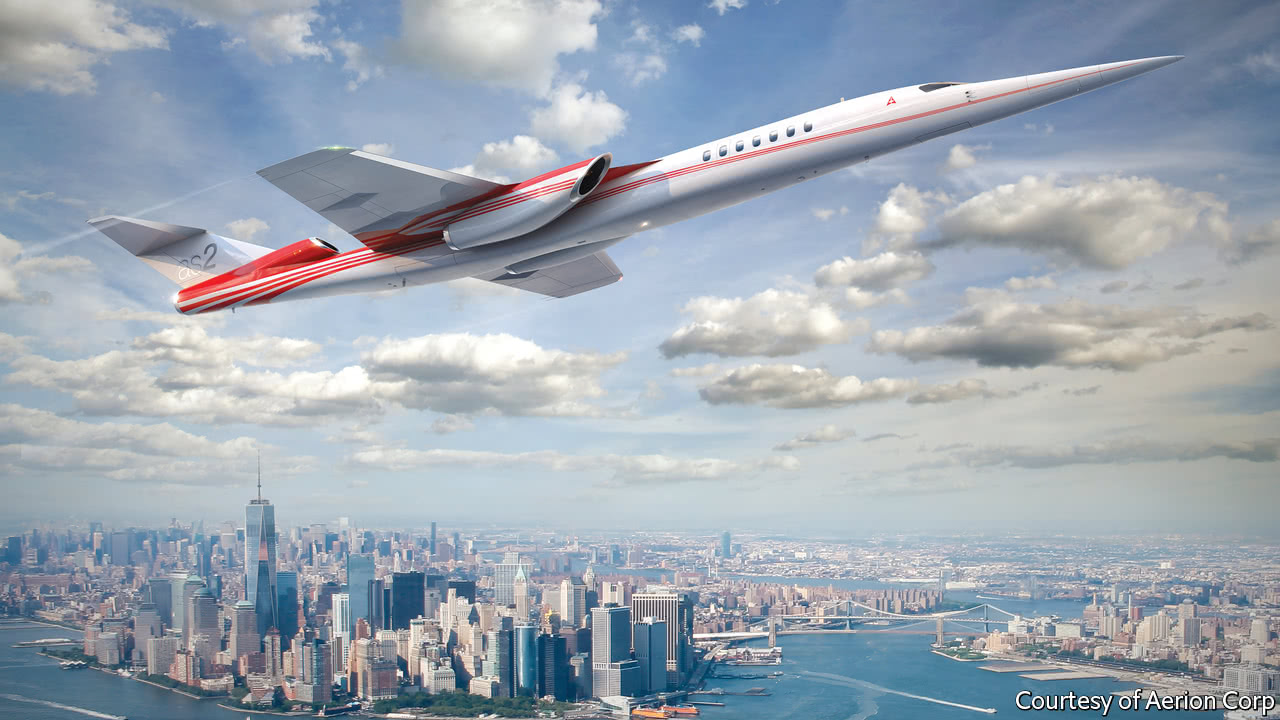 IN OCTOBER 2003, the age of supersonic passenger travel came to an inauspicious end. That month British Airways withdrew from service its last Concorde jet, a Franco-British aircraft from the 1970s that could fly at twice the speed of sound. Since the 1940s executives in the aerospace industry had predicted that the future of passenger travel would be supersonic. But since the retirement of Concorde there have been no passenger jets that can fly that fast in service. Worse still, even conventional sub-sonic jetliners these days fly slower than their equivalents from the 1960s.

In 2017 the race to break the sound barrier gained new momentum. In December Aerion, an aerospace start-up from Nevada, Lockheed Martin, a defence giant, and GE Aviation, an enginemaker, announced a joint venture to develop what they are calling the world’s first supersonic business jet, the AS2. Aerion’s executive chairman, Brian Barents, has said that he hopes the jet will be able to carry up to 12 passengers at 1.4 times the speed of sound—about 60 percent faster…Continue reading