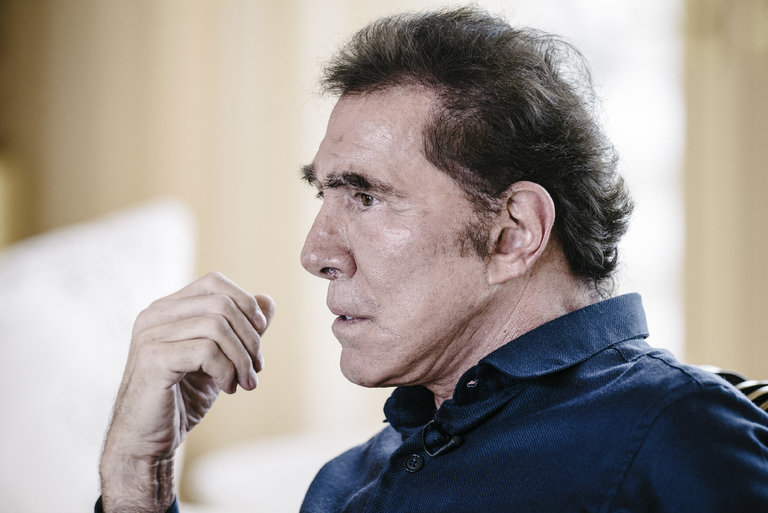 WASHINGTON — Stephen Wynn, the billionaire casino mogul and prominent political donor, has stepped down as finance chairman of the Republican National Committee. He left the post, for which he had been handpicked by President Trump, after being accused of a yearslong pattern of sexual misconduct with his casino employees.

Mr. Wynn had faced growing calls to step aside in the wake of a detailed investigative report in The Wall Street Journal on Friday that said Mr. Wynn had frequently demanded naked massages from female employees, and had sometimes pressured them to engage in sexual intercourse or to perform sex acts on him.

In a statement on Saturday, the committee’s chairwoman, Ronna Romney McDaniel, said, “Today I accepted Steve Wynn’s resignation as Republican National Committee finance chair.” The committee had remained silent for more than a day until Ms. McDaniel spoke to Mr. Trump, who has a longstanding friendship with Mr. Wynn.

Mr. Wynn said on Saturday evening that he was resigning to eliminate a “distraction” for the party. “The unbelievable success we have achieved must continue,” he said in a statement. “The work we are doing to make America a better place is too important to be impaired by this distraction. I thank the president for the opportunity to serve and wish him continued success.”

A day before, Mr. Wynn had dismissed any claims of sexual misconduct as “preposterous.”

The committee is expected to consider a replacement at a previously planned meeting this coming week in Washington. “This is an important position, so they’re going to have to look carefully to find the right person,” said Ronald Weiser, a Michigan real estate developer and former finance chairman for the committee. Mr. Wynn’s decision to step down was first reported by Politico.