“We all strongly believe that the success of the show is not based on the co-hosts — it’s based on the concept,” Mr. McKinnon said. “No one co-host was irreplaceable.”

Mr. Halperin’s role in the show, though, was outsize: He interviewed President Trump aboard Air Force One for the show’s second season last year, and enjoyed access to Mr. Trump and his inner circle throughout the 2016 race.

The “Circus” hosts said they were not yet sure if Mr. Halperin’s absence would be addressed on the air.

Pitched as a topical, behind-the-scenes look at politics, “The Circus” was another high-profile outgrowth of the Heilemann-Halperin partnership, which began in 2008 and grew to include best-selling books, a television movie and a Bloomberg TV series. Mr. Heilemann told The New York Times in October that he was “flabbergasted and shocked” by the allegations against Mr. Halperin. 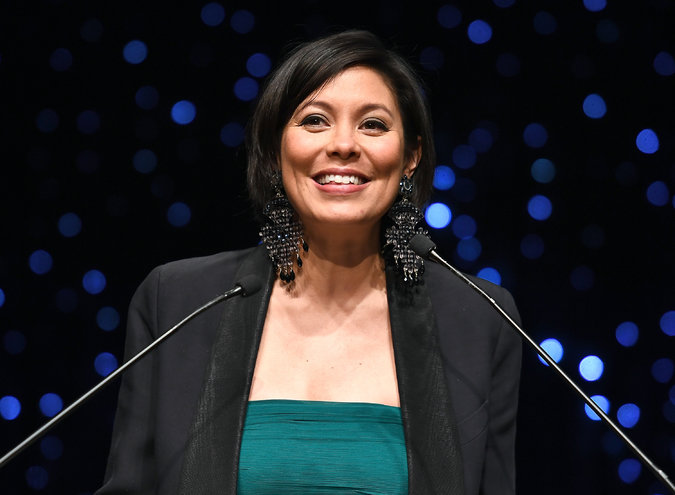 Alex Wagner, a past guest on “The Circus,” said she planned to examine “questions of American identity” in her hosting role.

Last month, The Washington Post published the account of an unidentified woman who said she told Mr. Heilemann, in 2007, about an episode that had involved her and Mr. Halperin about a decade earlier. She said that after a business lunch, Mr. Halperin had shoved her against the window of a Manhattan restaurant and tried to kiss her. Later, she said, Mr. Halperin called her and threatened her career.

On Tuesday, Mr. Heilemann declined to comment about the woman’s account, except to say he had no memory of their conversation.

The news about Mr. Halperin’s alleged past behavior with women was “hugely surprising, hugely disappointing,” Mr. McKinnon said in the interview.

“It was inexcusable and indefensible, and the first thing I did was flash my own retrospective lens, if there was something I never saw or detected — and there wasn’t — during my association with Mark,” he said.

Mr. McKinnon added that he had called his lead production partner to ask if Mr. Halperin’s behavior had been an issue during the show’s filming. “He said no,” Mr. McKinnon recalled. “At least in terms of the ‘Circus’ environment, there was never any sort of activity of the sort that’s been reported in the news.”

Mr. Halperin did not respond to inquiries on Tuesday. He has denied allegations of groping and assault, but apologized for “conduct that was often aggressive and crude” with ABC colleagues.

The new “Circus” season is scheduled to air in two parts — one in the spring, one in the fall — and focus on the run-up to the 2018 midterm elections. Given the chaotic political climate, the hosts said planning episodes in advance was unwise.

Ms. Wagner, who has appeared as a guest on the show, said she planned to use her new role to examine “questions of American identity: us vs. them, tribalism and nativism, themes that emerged in the campaign and show no sign of going away.” She is the author of a soon-to-be-published book, “Futureface,” which looks at race and immigration in the United States through the lens of her own mixed-race ancestry.

Ms. Wagner laughed when asked if she and her co-hosts were simpatico on political matters. Mr. McKinnon is a former adviser to the presidential bids of George W. Bush and John McCain; Ms. Wagner, whose views lean liberal, is married to the Obamas’ former White House family chef.

“I think it’s a prerequisite that we don’t all agree on everything,” Ms. Wagner said.

A former editor in chief of The Fader, a music magazine, she said she was also looking forward to expanding the show’s musical selections.