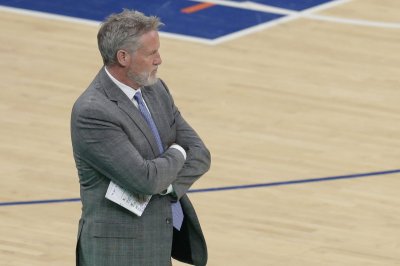 There was uncertainty about Brown returning for a seventh season, but Harris removed all doubt in a meeting with Brown and 76ers general manager Elton Brand on Monday that discussed the team’s plans for the off-season.

The Toronto Raptors eliminated the 76ers in Game 7 of the Eastern Conference semifinals Sunday. It was the second straight season that the Sixers were knocked out in the second round.

Philadelphia owes Brown about $15 million on a contract extension set to begin next season. He is under contract through the 2021-22 season.

According to ESPN, the 76ers wanted to end speculation on his future and begin work during the off-season, which includes decisions on whether to retain free agents Jimmy Butler and Tobias Harris.