June 19 (UPI) — Boston Celtics legend Paul Pierce says LeBron James has two main factors to consider this offseason in deciding whether to stay with the Cleveland Cavaliers: basketball reasons vs. family and lifestyle.

James, 33, is entering his 16th season. He is expected to decline a $35 million player option from the Cavaliers and become a free agent.

Pierce, 40, knows something about longevity in the NBA. He played 19 seasons before calling it quits in 2017. The 10-time All-Star played the majority of his career in Boston, where he won a championship in 2008. He was also part of what many basketball fans consider the first “super team,” when he linked up with All-Stars Kevin Garnett and Ray Allen during the previous offseason.

Pierce’s childhood friend and fellow NBA legend Baron Davis knows exactly what it feels like to pick up and move your life to another NBA city. He is also uniquely qualified to speak to the environment of Cleveland without James.

Davis, 39, played for six franchises during his decorated 13-year tenure. He was also traded twice, including during the 2010-11 season, when he went to the Cleveland Cavaliers less than a year after James bolted the city in order to form his own super team with the Miami Heat.

“For a year or two, the city was down. The year I got there, that was LeBron’s first year in Miami so it was like devastating for the team and also for the city,” Davis said. “You could see the aftermath. But, overall the fans were always loyal and supportive. We were actually able to pull off a couple of good games at the end of the season and start building some hope.”

The Celtics weren’t a super team? 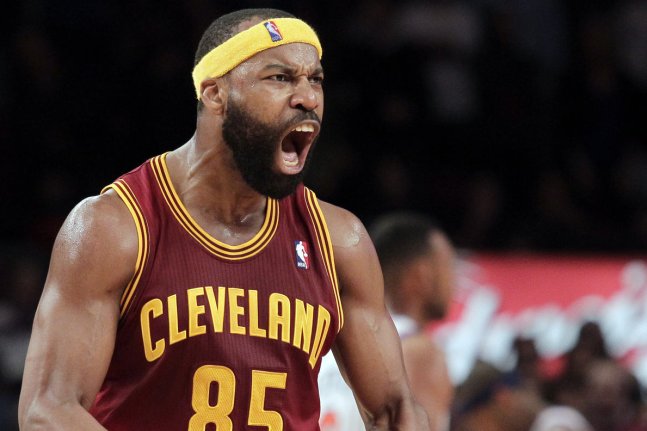 Davis says he wasn’t upset about Kevin Durant‘s decision to join the Golden State Warriors during the 2016 offseason. But he also knows the challenge of moving to a new NBA team, unlike some NBA fans who just want the best players to fill their favorite team’s roster.

“Being traded is probably the most difficult because you just have to move and pretend the life you just had a few days no longer exists,” Davis said.

That’s something James will have to consider if he decides to move his young family around the country for the third time in his career. That move includes factors that don’t plug into a digital “trade machine” or a fantasy basketball league.

That is the nature of the NBA these days for some of the sports biggest stars, including Durant and James, who paved the way.

Pierce said his Celtics were “different that a ‘super team,'” but acknowledges his union with Garnett and Allen might have “had a hand in” what the movement has become.

“The way we got together because it was like I was already there,” Pierce said. “For us to acquire Ray, it was facilitated through a trade. Danny [Ainge] did a good job of using his pieces to trade for these guys. It wasn’t like today where you see LeBron say and Bosh say we are going to go join Miami. Kevin Durant say … I’m going to join … they had a choice. This was through the workings of great general management that Danny was able to do. So I guess that was the start of it when guys say this is pretty much the formula … you need three or four superstars to win.

“Maybe we did have a hand in it. But it’s different now that guys are choosing it. Ours just kinda happened.”

Davis remembers thinking about how tough it was going to be to beat those Celtics.

“I wouldn’t even consider that a super team at the time because they were like the first of having three All-Stars in the NBA. But I think that was the first time it was something blockbuster where you had three All-Star guys … superstar guys, at the time on the same team.”

Pierce and Davis grew up together in Southern California. They met at the Inglewood YMCA, where Pierce started some early recruiting in order to get Davis on his AAU team. They played together through high school, but never wore the same jerseys in the NBA. The are teammates once again now, working with Bengay’s Sore Winners campaign.

“Anytime you can get on a court and be part of the game, sharing experiences, you get to see the joy on the faces of weekend warriors,” Davis said. “These guys watched us play and have been fans and we get to return the favor and give them an experience that we have been accustomed to living the last 15-20 years of our lives.”

Davis was a bit younger than Pierce when they first met in that YMCA gym, but “The Truth” recognized the talent immediately. Pierce asked the point guard to be on his team and says he enjoyed watching him mature.

Davis’ career went in a different direction that Pierce’s. The former’s involved various injuries and ultimately retiring before he wanted. Pierce touched a Larry O’Brien trophy and played six more seasons than his friend. Davis never had a team advance past the conference semifinals.

While the Warriors are in the midst of a dynasty, Pierce thinks the Celtics could give them a run.

He also said Brad Stevens is the best coach in the NBA.

“They match up well,” Pierce said. “They are built for the long run. I think they are built for the way the NBA is going now. You have a lot of versatile players at multiple positions and shoot the three. Golden State pretty much changed the game with the way they play … I think the Celtics, if they would have made it this year, I think it would have been a better run based on the talent they have and coaching.

“I thought they were the best team [vs. Cavaliers], but LeBron was LeBron. I think the future is bright for them but it’s hard to win a championship in this league. But I think they’d definitely give Golden State a run.”