So far the Trump family has not commented.

Mr. Kumar said the promise of meeting Donald Jr. in New York definitely helped move some of the million-dollar apartments — they sold 20 in the first day of sales earlier this month.

“Indians, especially Delhiites, love to show off,” he said.

“If someone has money and also wants a lifestyle to match it, what better than a Trump Tower?” he continued, his voice growing more excited. “And then add to it the chance of meeting the first family?” 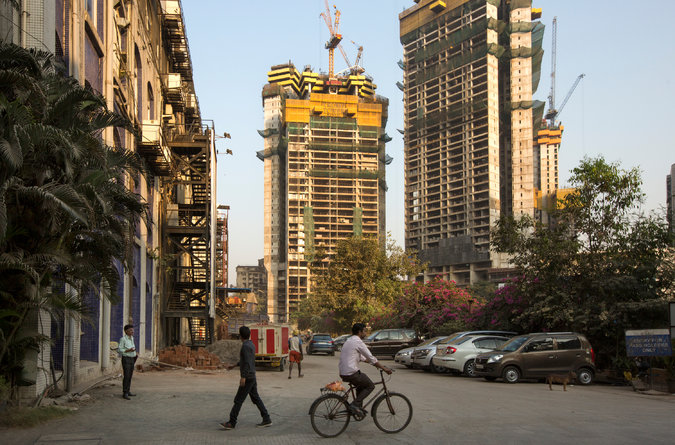 The new apartment project consists of two glittering 600-foot towers, among the tallest in the area, featuring apartments that have 22-foot-high ceilings, infinity pools and floor-to-ceiling windows. Picture lots of marble, and lots of glass.

A video included on Tribeca Developers’ website features a segment of a news broadcast on the project, reiterating the promise to meet a Trump.

The news release for the project, which does not mention that offer, goes on about its various bells and whistles, making the project sound something like a cruise ship — with a golf course attached.

The building will employ “handpicked staff” to deliver room service and park cars.

The Trump Organization, the family’s business conglomerate, already has several real estate projects in the works in India, including a new apartment building in Kolkata. This will be the fourth Trump Tower in India, which has more Trump branded properties than any other country outside North America, the developers said.

Despite a recent dip in India’s economic growth rate and a slowdown in the construction, auto and textile sectors, the country’s huge market and growing economy have remained a powerful draw for investors.

The new project will be called Trump Towers Delhi NCR (the NCR refers to the National Capital Region).

It has 250 apartments and is a joint venture between M3M India Pvt. Ltd, a property developer based in Gurugram, and Tribeca Developers, based in Mumbai.

Status seems to be a big draw.

“Trump Towers Delhi NCR will quickly become the most prestigious address in the city,” said Donald Trump Jr., according to the news release on the project.