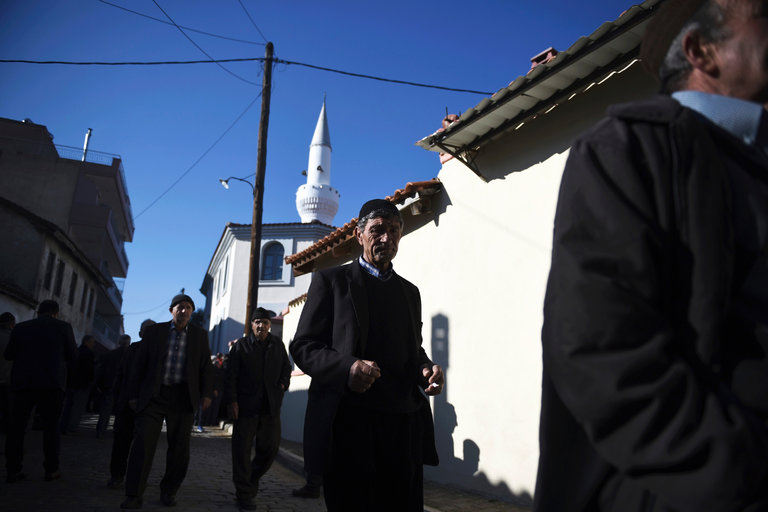 Residents of Komotini, Greece, outside the Kirmahalle Cammi mosque last month. Muslims in the northern region of Thrace, which includes Komotini, will have the option of going to a Greek court to resolve family disputes.

ATHENS — Greece has passed a law to limit the powers of Islamic courts in a northern region that is home to about 100,000 Muslims, restricting the application of religious law in the country and giving Muslims the option to take civil cases to Greek courts.

Lawmakers from all Greek parties except the far-right Golden Dawn voted on Tuesday in favor of the law, which Prime Minister Alexis Tsipras described as a “historic step” that “broadens and deepens equality before the law to all Greeks.”

The legislation was passed a month after the European Court of Human Rights examined an appeal filed by a Muslim woman in Komotini, Greece, of a case involving the application of Shariah, the Islamic legal code, over an inheritance dispute. A ruling in that case is expected this year.

Shariah has been applied in the northern region, Thrace, for nearly a century, the result of international treaties signed after World War I and the collapse of the Ottoman Empire, which led to population movements between Greece and Turkey, and affecting the rights of minorities. The treaties stipulated that Islamic law and custom would apply to the thousands of Muslims in Greece.

Although many Muslims in Thrace are Turkish-speaking, the Greek authorities object to the term “Turkish minority” — a phrase Ankara frequently uses — amid growing concerns that Turkey has territorial designs in the region, chiefly over islands in the Aegean.

Thrace is the only place in Greece where the Islamic courts operate, and Muslims who live there were required to take family disputes — including divorce, child custody and inheritance matters — to Islamic clerics known as muftis who, rights groups claim, often discriminate against women. The new law gives them the option of going to a Greek court instead.