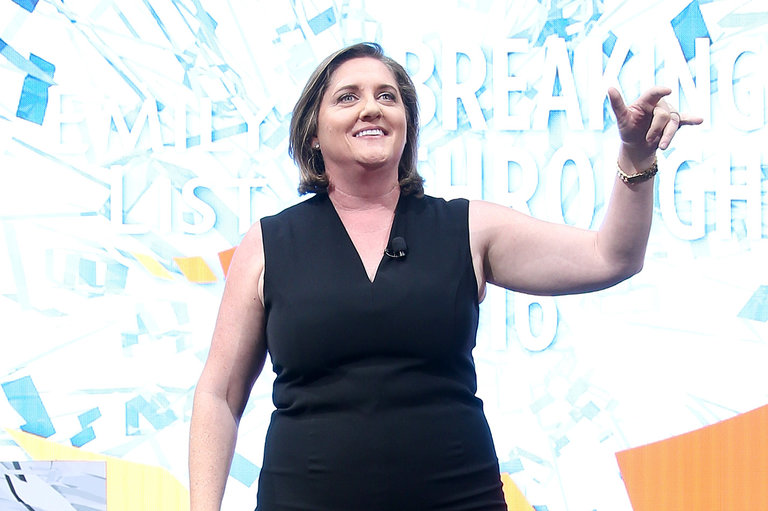 Jess O’Connell in July 2016 at the Democratic National Convention in Philadelphia. She was the executive director of Emily’s List at the time.

WASHINGTON — The Democratic National Committee’s highest-ranking aide abruptly quit Monday, the latest setback for a group that has struggled with fund-raising and organization even as the party’s candidates have found recent success.

Jess O’Connell, the committee’s chief executive, announced her departure in an email message to other party staff members, declaring that she was “proud to have helped rebuild” the committee but not offering any reason for her resignation.

But senior Democratic officials indicated that Ms. O’Connell, a former top official at Emily’s List, clashed over authority with Thomas E. Perez, the committee’s chairman, who narrowly won his post last year in an election that revealed the lingering fissures between the party’s establishment and progressive wings.

Ms. O’Connell’s exit comes just two months after the committee parted ways with its finance director. And Ms. O’Connell had started her job only last May.

The committee suffered from widely acknowledged neglect during President Barack Obama’s administration and was battered further by the Russian hackings during the 2016 campaign. Mr. Perez vowed to rebuild the party, but has continued to clash with some supporters of Senator Bernie Sanders of Vermont, the self-described democratic socialist who lost to Hillary Clinton in the party’s presidential primary.