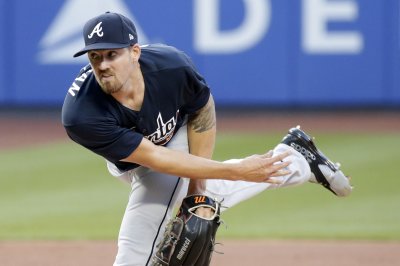 The Reds will take on the rest of Gausman’s $9.35 million salary for 2019. He is arbitration-eligible this offseason and the Reds can either keep him or, by non-tendering him, make him a free agent.

Gausman will wear No. 46 with the Orioles.

Cincinnati is 52-58 this season. The Reds are 7 1/2 games behind the first-place Chicago Cubs in the NL Central.

Cincinnati is also 5 1/2 games behind the Philadelphia Phillies and Washington Nationals for the NL’s second Wild Card spot.

Atlanta is 66-47 this season. The first-place Braves have a seven-game lead over the Phillies and Nationals in the NL East Division.