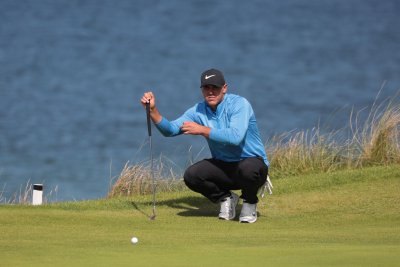 Jan. 7 (UPI) — Brooks Koepka, the No. 1 player in the Official World Golf Ranking, will make his 2020 debut at the Abu Dhabi HSBC Championship Jan. 16 to Jan. 19 in Abu Dhabi, United Arab Emirates.

Koepka, 29, has not played since the CJ Cup in October in South Korea. He underwent a stem-cell procedure Aug. 26 to repair a partially torn patella tendon.

“Brooks’ rehab for his knee has gone great the past three months and he has met all of his physical therapy goals,” Koepka’s agent, Blake Smith, said in an email to ESPN. “He feels as good as he ever has and is excited to tee it up next week.”

The Abu Dhabi HSBC Championship also announced that Koepka will take part in a pre-tournament exhibition Jan. 14. Matt Fitzpatrick and Bernd Wiesberger will also play in the exhibition.

Koepka won his fourth major championship in 2019, when he claimed the PGA Championship title. He also won the 2019 WGC-FedEx St. Jude Invitational. He returned to action in October, but missed the cut at the Shriners Hospitals for Children Open. He re-aggravated his knee injury during a slip while playing at the CJ Cup, forcing him to withdraw from the tournament.

Koepka tied for second at the 2019 Honda Classic.

“Every golfer and fan in the local community obviously takes great pride in what Brooks has accomplished the past several years,” Honda Classic executive director Kenneth R. Kennerly said in a news release. “We are excited that he has decided to return to the Honda Classic. His presence will undoubtedly create an enormous amount of excitement at this year’s tournament.”

Koepka had three wins and three second-place finishes during his 2019 season. He tied for third at the Tour Championship.