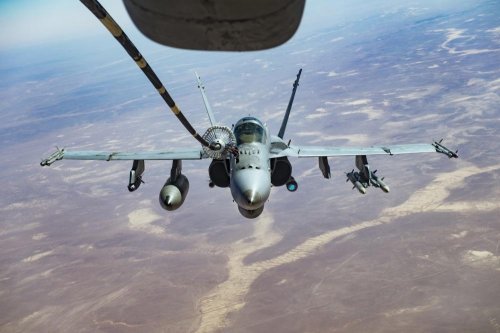 The deal, announced on Thursday by the Department of Defense, comes under a modified contract classified as firm-fixed-price, indefinite-delivery, indefinite-quantity contract, meaning additional costs potentially accumulated by Boeing during work on the contract will not be reimbursed by the U.S. government.

The deal exercises an option from the previous version of the contract for depot level maintenance support and sustainment for F/A-18 Hornet variants A through D, along with high flight hour inspections and follow-on inspections, which would include modifications and liaison engineering to correct deficiencies on the aircraft.

The F/A-18 Hornet is an all-weather aircraft, and has dual roles as an attack aircraft and a fighter jet. As a fighter jet, the F/A-18 is used primarily as a fighter escort and for fleet air defense.

In attack mode, the aircraft is used for force projection, or “show of force” missions, along with interdiction operations. Close and deep air support missions for ground forces are also a part of the aircraft’s mission sets.

Work on the contract will occur in Jacksonville, Fla., and is expected to be completed in December 2018.