While the rules targeted for-profit colleges with billion-dollar budgets, they apply to all institutions — including small, nonprofit colleges like Claflin that have been educating low-income, minority and first-generation students for more than a century without scandal.

“It’s a regulation that should be focused on the bad actors, and we have been lumped in when we’re serving the students the bad actors are preying on,” Mr. Tisdale said. “We believe it should be improved to prevent unintended consequences.”

Ms. DeVos’s plans to overhaul the Obama-era rules for student borrowers reached a crucial stage this week, as a committee convened to renegotiate the regulations began debating the burden of proof students would have to meet to win claims against institutions.

The Education Department has proposed that students establish “clear and convincing evidence” that institutions misled them, compared with a “preponderance of evidence” standard applied under the Obama administration. Students would also have to prove that institutions had an “intent to deceive,” “knowledge of falsity” and “reckless disregard” that resulted in financial harm to borrowers.

Officials in the department said during negotiations this week that they believed the current preponderance-of-evidence standard did not sufficiently protect taxpayers and institutions.

But Joseline Garcia, a negotiator on the panel and the president of the United States Student Association, said she believed the new standard swung too far in the opposite direction.

“I think that switching to ‘clear and convincing’ does the opposite for students,” Ms. Garcia said. “It doesn’t protect them at all.”

She added: “Although the institution may have made an honest mistake, the harm is still the same for the student. And people’s lives are greatly impacted by that harm.”

Ms. DeVos has cast the Obama-era regulations as taxpayer-funded money grabs. In announcing the repeal of the rules, she said that institutions of all types raised concerns about “excessively broad definitions of substantial misrepresentation and breach of contract, the lack of meaningful due process protections for institutions and ‘financial triggers’ under the new rules.” 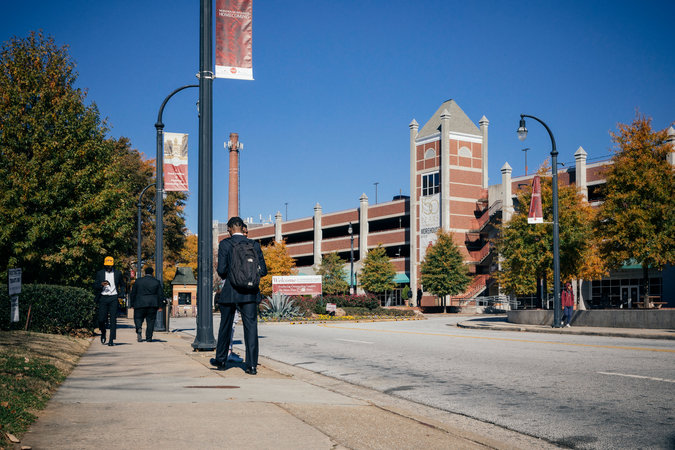 The United Negro College Fund has been among the most vocal critics of the Obama-era rules, saying they threaten the viability of its 37 member institutions, which include Morehouse College in Atlanta.

The United Negro College Fund, which has joined the chorus of criticism over the Trump administration’s lack of tangible commitment to historically black colleges and universities, has long been among the most vocal opponents of the Obama-era rules.

Since the rules were announced in 2015, the college fund has expressed concern that they could threaten the viability of its 37 member institutions, which include Claflin, Spelman College, Morehouse College and Shaw University. The member institutions collectively educate 60,000 students on campuses of about 2,000 or fewer, and 75 percent of their students receive federal Pell grants.

The fund has said that the rules have a disproportionately negative effect on their member institutions because they have historically been underfinanced and serve vulnerable populations.

They fear having to spend thousands of dollars fighting claims instead of backing academic programming at institutions that have been graduating students who consistently post high success and satisfaction rates.

Representatives at the United Negro College Fund are among the panelists hashing out the new standards and are in a unique position of having to represent both students and institutions.

“We want to make sure this is a balanced process,” said Lodriguez V. Murray, one of the college fund’s members on the federal negotiating team. “We’re protecting students and the institutions that are giving them a chance to fall into the middle class.”

“The administration is effectively asking borrowers to have conducted a full investigation, with the power of discovery, that turns up some very severe findings from their institution before filing a borrower-defense claim,” said Clare McCann, the deputy director for federal higher education policy at the New America Foundation.

Education Department officials on the rule-making committee said they could not outline how a student would meet the new burden of proof. But they said they believed, based on the claims that they have reviewed, that students could meet the standards if they were informed about them.

But others on the committee expressed concerns that the department had another goal.

“This would effectively do away with borrowers’ ability to get relief in almost all circumstances,” said Abby Shafroth, a lawyer at the National Consumer Law Center.

The department has struggled to complete a backlog of borrower-defense claims, the bulk of which were overwhelmingly against for-profit colleges, that began pouring in under the Obama administration and swelled to more than 100,000 in the last year. The department attributed the backlog, in part, to an insufficient system established under the Obama administration, which relieved students of $450 million in loan debt after the collapse of Corinthian Colleges and ITT Technical Institute.

Ms. DeVos announced last month that her department would begin notifying more than 20,000 students whether their claims had been approved. Some would see only partial relief under the new system.

“We all have bad actors. But in trying get to the bad guys, are you allocating too much risk on the good guys?” asked Aaron Lacey, a lawyer at Thompson Coburn L.L.P., which represents schools in regulatory litigation.

In addition to establishing a new burden of proof for student borrowers who feel defrauded, the department is relaxing financial accountability rules for institutions. Those so-called triggers would have required colleges to take a series of steps to demonstrate their financial health.

One such trigger that the United Negro College Fund opposed would have penalized schools if they had a high number of students defaulting on their loans. (Statistics show that the populations that black colleges serve tend to have higher default rates.) That trigger was stricken from the new proposed standards, while others that applied solely to for-profits remained but were made discretionary rather than required.