“AFRICA must unite,” wrote Kwame Nkrumah, Ghana’s first president, in 1963, lamenting that African countries sold raw materials to their former colonisers rather than trading among themselves. His pan-African dream never became reality. Even today, African countries still trade twice as much with Europe as they do with each other (see chart). But that spirit of unity now animates a push for a Continental Free-Trade Area (CFTA), involving all 55 countries in the region. Negotiations began in 2015, aimed at forming the CFTA by the end of this year. In contrast to the WTO, African trade talks are making progress. 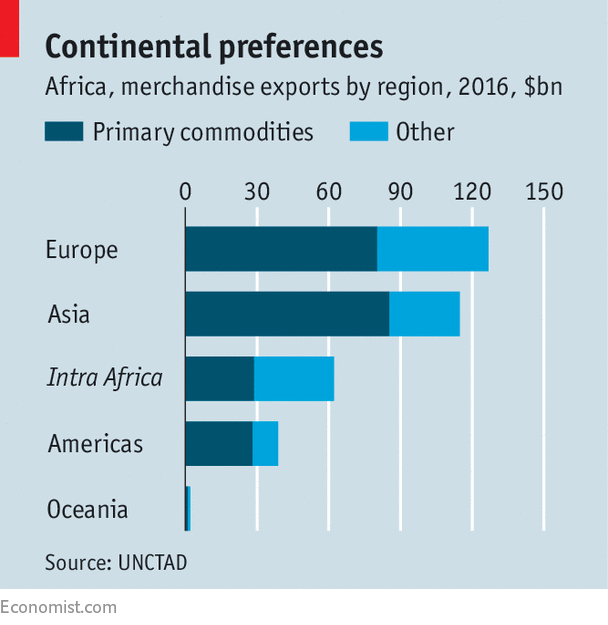 At a meeting on December 1st and 2nd in Niamey, the capital of Niger, African trade ministers agreed on final tweaks to the text. Heads of state will probably sign it in March, once an accompanying protocol on goods has been concluded (agreement on services has already been reached). But trade barriers will not tumble overnight. The CFTA will come into force only when 15 countries…Continue reading