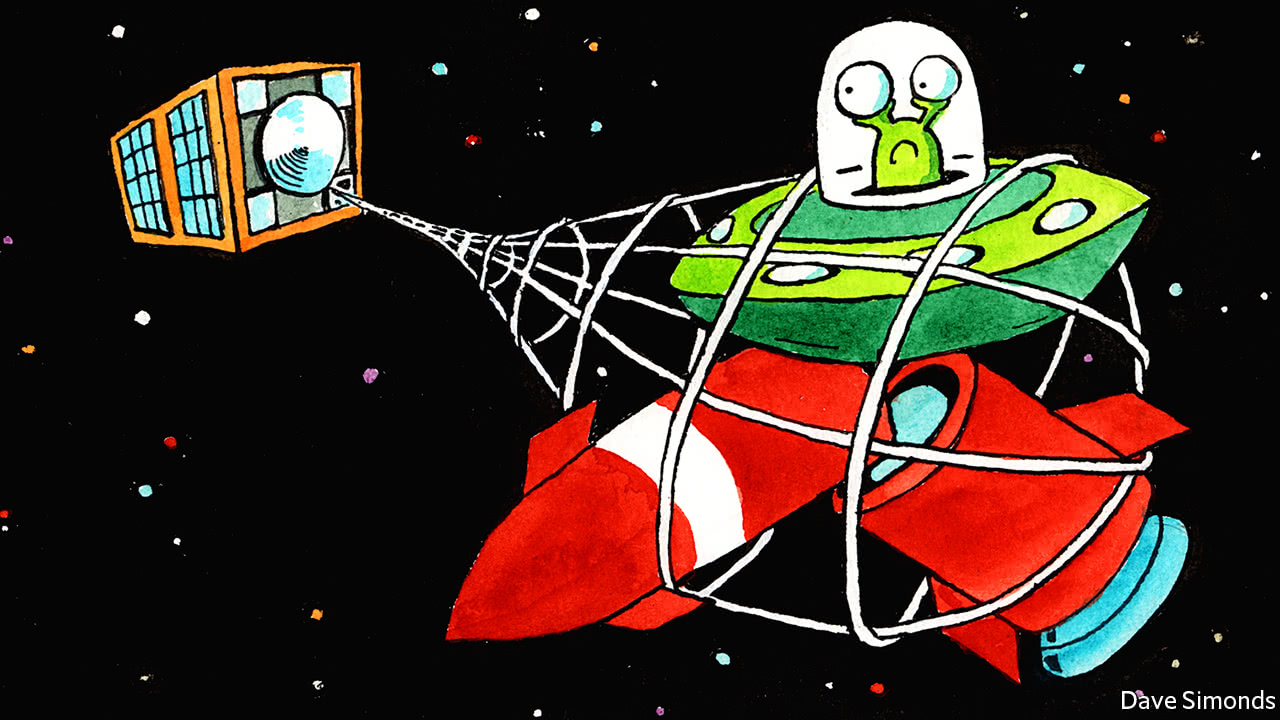 THERE is an awful lot of junk in space. The latest data from the European Space Agency suggest some 7,500 tonnes of it now orbits Earth. It ranges from defunct satellites and rocket parts to nuts, bolts, shards of metal and even flecks of paint. But something as small as a paint fleck can still do serious damage if it hits a working satellite at a speed of several thousand kilometres an hour. There have already been more than 290 collisions, break-ups and explosions in space. Given the likelihood that thousands of small satellites, some only a few centimetres across, will be launched over the next decade, many worry that large volumes of space near Earth will soon be rendered risky places for satellites (especially big, expensive ones) to be.

What is needed, then, is a clean-up. Various ideas about how to do this have been proposed, and some are about to be put to the test. In February a resupply mission to the International Space Station will also carry a satellite, about the size of a domestic…Continue reading