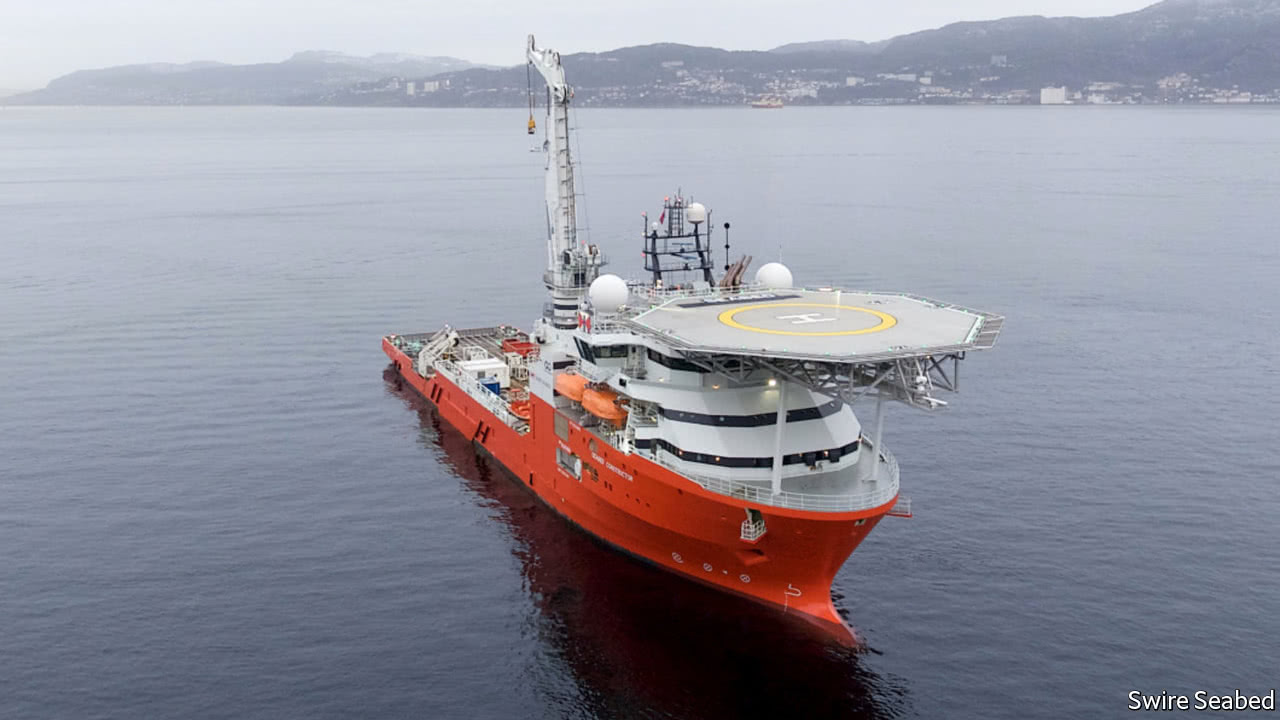 ON JANUARY 2nd, at 8pm local time, a strange vessel weighed anchor and sailed out of the Port of Durban, in South Africa, heading east. Her hull was orange. Her superstructure bristled with antennas—some long and pointy, some sleek, white and domed. Her stern sported a crane and also a strange gantry, known to her crew as the “stinger”. Her bow looked so huge and ungainly as to be on the point of tipping her, nose first, into the depths. And below deck, invisible to the casual observer, she carried eight autonomous submarines called HUGINs, each six metres long, weighing 1,800kg, and containing a titanium sphere to protect the sensitive electronics therein from the pressure of the ocean’s depths.

The strange ship’s name is Seabed Constructor. She is a Norwegian research vessel, built in 2014 and owned by Swire Seabed, a dredging and surveying firm in Bergen. At the moment, though, she is leased to Ocean Infinity, a company based in Houston, Texas. And the task Ocean…Continue reading