There was a lot of news in 2017 — just take a look at the 750 breaking news alerts The New York Times sent this year, a 30 percent jump from last year. So we understand if you might have missed some of these great reads. Here’s a selection of some of our favorite somewhat-overlooked stories from the past year.

As Turkey’s governing party expands the ranks of its enemies, life in a fragile democracy becomes stranger and stranger. Many Turks — journalists, academics, Kurds and people accused of working for the exiled cleric Fethullah Gulen — live in exile, having lost their livelihoods and their citizenship, and having been separated from their husbands and wives and children. By Suzy Hansen. 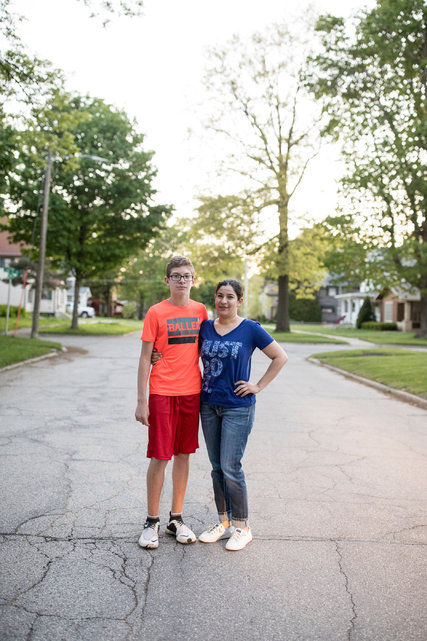 Edith Rivera with her son, Steven, in Hampton, Iowa.

Stay, Hide or Leave? Hard Choices for Immigrants in the Heartland

Edith Rivera loved her life in Hampton, Iowa, but like many undocumented immigrants she faced a tough choice. She decided to return to Mexico, where her husband had been deported in 2015, with their American-born teenage son. Some politicians call it “self-deportation.” She called it her family’s only hope of being together. By Jack Healy.

Kazakhstan wants to wean itself from a dependence on natural resources and transform itself into a financial hub, the Dubai of Central Asia. There are plans for a new stock exchange overseen by an independent judicial system. Tech start-ups will get the come-hither, too, with the hope of giving rise to Kazakhstan’s own version of Silicon Valley. But its president still has the trappings of an old-school authoritarian. By David Segal.

Even by the standards of one of the nation’s most dysfunctional prison systems, the maximum-security St. Clair Correctional Facility in Alabama stood out for its violence. The prison is overcrowded, and the number of guards has plummeted. By Campbell Robertson.

Plunging His Pen Into the Dark Heart of 1980s Wall Street

With “Junk,” the Pulitzer-winning playwright Ayad Akhtar examines financial chicanery in the 1980s — and how it shaped the blind worship of affluence today. By Michael Sokolove.

Up Close With the Tribes of Ethiopia’s Imperiled Omo Valley

Home to seven main tribes, the Omo region in the southwestern corner of Ethiopia is now on the precipice. The Ethiopian government has recently completed the third of five proposed dams upriver. The dams threaten to alter the lives of the communities that have inhabited this valley for millennium and depend on the river’s moods for survival. By Andrew McCarthy.

‘They Will Have to Answer to Us’

El Salvador’s gangs are trying to negotiate a way out of their bloody stalemate with the police. They created a gang coordination group for dialogue. They even asked a United Nations special envoy to initiate a dialogue with the government. By Azam Ahmed.

June Robles Birt, Whose Abduction at 6 Gripped the Nation, Is Dead at 87

The granddaughter of a prosperous cattle baron and real estate magnate, she vanished in broad daylight just after leaving her Tucson school on a spring day in 1934. Nineteen days later, June was found bewildered but alive in a makeshift wood-and-sheet-metal cage buried in the broiling desert. By Sam Roberts.

Boy Scouts seem to emphasize doing things (activities like white-water rafting, welding and bugling) while Girl Scouts emphasize caring for others (being a good neighbor, a voice for animals, a social butterfly). As the Boy Scouts prepare to accept girls, it’s worth asking what they can learn from the Girl Scouts. By Claire Cain Miller.

The receding Arctic ice has opened new passageways for high-speed internet cables. One of the fastest internet connections in America is arriving in Point Hope, a gravel spit in northwest Alaska, giving 700 or so residents their first taste of broadband speed. By Cecilia Kang.

With Loss of Its Caliphate, ISIS May Return to Guerrilla Roots

With the fall of its capital and loss of territory in Iraq and Syria, the Islamic State may be reeling, but it is far from vanquished. Its leaders signaled more than a year ago that they had drawn up contingency plans to revert to their roots as a guerrilla force. The group also continues to inspire so-called lone wolf terrorist attacks abroad. By Margaret Coker, Eric Schmitt and Rukmini Callimachi.

In a Rohingya Refugee Camp, Soccer Is a Joyful Escape

Soccer is a prized diversion that helps players and spectators forget about their exile, at least for a few hours. They are Rohingya, a Muslim ethnic group driven from Myanmar, now living in Bangladesh. By Nathan A. Thompson.

Even in a state with some of the nation’s most troubled and overcrowded prisons, St. Clair Correctional Facility, a maximum-security prison in Alabama, stands out for its history of violence. By Campbell Robertson.

Over 20 years, more than 260 South Africans, many with little formal training in singing or acting, have been dispatched all over the planet to “Lion King” productions staged in numerous languages. By Michael Paulson.

How Sicily Cemented an Unlikely Friendship

A trip to Palermo meant getting to know the city — and a new friend — much better. By Jami Attenberg.